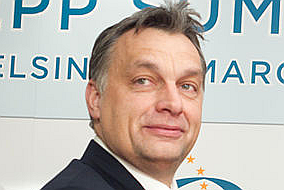 
On 18 January, Hungarian Prime Minister Viktor Orbán participated in a plenary session of the European Parliament in Strasbourg. The agenda included current political developments in Hungary. Shortly beforehand, the European Commission had launched three infringement proceedings against the country. The Hungarian prime minister had invited himself to this session.

About “Hungary’s honour”
In his opening speech, Orbán said it was always a pleasure for him to address a parliament; parliament was the heart of democracy. He would like to provide MEPs with information about the intentions of the Hungarian government. The reorganisation, the restructuring of Hungary was proceeding on the basis of European values, he said, and in view of the speed of the reorganisation it was natural for there to be controversial issues, which could be resolved. The European Commission’s points of criticism had nothing to do with the new Hungarian constitution, he continued; no provision of the Hungarian constitution had been objected to.


It was clear that Orbán had no interest in dialog with MEPs. The ability to accept criticism and the willingness to enter into dialogue are not among his strong suits, and were not the purpose of his trip. Orbán was much more interested in using the session to promote himself at home and abroad. Even before his trip, he had emphasised in the media that he would defend “Hungary’s honour” against the “attacks of the international and European left”.


The European Parliament as Orbán’s stage
On 18 January, the European Parliament was most notably one thing: Orbán’s stage. Even when Daniel Cohn-Bendit – rightly and annoyed – stressed that the Parliament was no doormat, Orbán exploited it for his own objectives. A verbal exchange ensued between the European People’s Party (EPP) Group on one side and the Progressive Alliance of Socialists and Democrats (S&D), the Alliance of Liberals and Democrats for Europe, and the Greens – European Free Alliance Groups on the other. This was exactly Orbán’s plan. He became a spectator to a battle of words between these camps. “Veni, vidi, vici,” he must have thought at several points.


The real reason why Orbán wanted to attend the plenary session is more than clear. MEPs in the EPP remained stalwart behind Orbán, as he knew they would; before them sat not only the Hungarian prime minister, but also a vice-president of the EPP. EPP Group Chairman Joseph Daul came to Orbán’s defence, arguing that the latter had come to power with the country in a very unfavourable situation, with respect to both the economy and corruption. But Orbán rose to this challenge, Daul continued, and the constitutional reforms were debated and approved by parliament.

The spirit behind the new Hungarian constitution
S&D Group President Hannes Swoboda aptly criticised the spirit behind the new constitution. Orbán, in Swoboda’s view, should model himself after Václav Havel. It is very unlikely that Orbán will take this advice to heart, however. Orbán’s first priority is to maintain his own power, and it seems at present that Orbán fears nothing more than the motif that, for his whole life, Václav Havel hoped for a change for the better – “power of the powerless”.


Initially, MEPs in the EPP had no interest in looking for the spirit behind the new Hungarian constitution. It had replaced the old 1949 Stalinist-era constitution – full stop. There is freedom of movement in Hungary after all, argues Joseph Daul. No mention was made of the tens of thousands of people who took to the streets on 2 January to protest the anti-democratic developments – while the Orbán government celebrated the new constitution’s entry into force. The MEPs of the EPP must have taken notice of this as well, although it seems not to trouble them: The main thing is that Fidesz MEPs remain members of the EPP Group.

Viktor Orbán the populist
Orbán expressed thanks at the end of the plenary session “in the name of [his] homeland” for the attention afforded to Hungary. In particular, he expressed thanks to those who had spoken out “for Hungary, as friends of Hungary”. The debate had been a truly European debate, he said, and recommended that those who “criticise Hungary” read the constitution. He admonished his opponents to debate calmly and factually; hate arising from party affiliation should not drive the debate.


It is both typical and alarming that Viktor Orbán the populist characterises his opponents as “critics of Hungary”, and those who support him as “friends of Hungary”. He insinuates that those who criticise his policies do so because of their political affiliation. These assertions have first and foremost a domestic political dimension: Orbán is attempting to discredit his critics in Hungary as “left-wing enemies of Hungary”, although during the plenary session one had rather the sense that EPP affiliation was an obstacle to posing legitimate, critical questions.


Three days after the plenary session in Strasbourg, entrepreneurs and journalists close to the government as well as Fidesz functionaries called for a “Peace March for Hungary” as a counterweight to demonstrations in recent weeks critical of the government. Tens of thousands of people took part in this “Peace March” – the organisers made special buses to Budapest available throughout the country. Orbán’s spokesperson made it known that it was “a pleasure to see, in the largest demonstration in Hungary’s history, that the broad solidarity which was created at the time of the 2010 parliamentary elections and which made possible Hungary’s renewal and reform lives on.” How Orbán will reconcile the slogans of this “Peace March” with the incredible pro-European lip service of his appearance at the European Parliament in Strasbourg remains a mystery, however. The banners were resplendent with slogans like “European Union = Soviet Union” or “Hungarians – Still Alive”, and banners with anti-Semitic hate speech were to be seen as well.

Hungary: Quo vadis?
Independent experts have analysed not only the Hungarian constitution but also the 25 so-called cardinal laws and over 300 other laws which Orbán rammed through parliament at unbelievable speed and without involving the democratic opposition. It is the overall package that constitutes the spirit of the new Hungarian constitution.


This package is an anti-democratic cocktail which, according to many experts, will do no good for the country and will exacerbate, not alleviate, the economic crisis which it faces. There are no indications that Orbán will put an end to nepotism or that he can even begin to grapple with the present economic crisis. Instead, he has embarked on an authoritarian course.


Through blind loyalty to its vice-president, the EPP has rendered candid European debate on current political developments in Hungary impossible. They had Orbán come, remain silent on substantive issues, and then leave. On 18 January the European Parliament unfortunately was not a place for open discussion about what is really going on in Hungary.

The Heinrich Böll Foundation has compiled a dossier containing articles and interviews on the situation in Hungary since the right wing government came to power in April 2010. The driving goal behind the project is to analyze and interpret the changes in the domain of public life at ‘half-time’, two years before the next parliamentary elections.