Over the last seven decades, the United States and Europe have been each other’s closest allies. Bound together by a shared history and rising out of the ashes of World War II, the Transatlantic partners have built a relationship on diplomacy, economics, security, and shared values. But today, the future of this relationship hangs in the balance. Over the last few years, Donald Trump and members of his administration have derided European allies to such a degree that the very fibers holding the relationship together are frayed. Political leaders and citizens alike are now openly questioning the utility of the Transatlantic partnership. In the United States, this is coupled with a growing generational divide over the questions that have historically underpinned foreign policy: what is the role of the United States in the world? Where should US foreign policy priorities lie? And what does the future of the US Alliance structure look like? Today is a pivotal moment-- It is a time to inject new life and new voices into the US-European partnership. But perhaps above all, it’s an opportunity to ensure that the priorities on both sides of the Atlantic, as well as the people making the decisions, reflect the realities of today’s society. 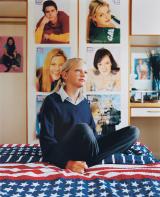 For years, the people who have worked on strengthening the Transatlantic relationship in academia, politics, and government have, in many cases, had a personal connection to their ally across the Atlantic. Some have parents or grandparents who may have fought in World War II, and some may have spent time in Europe or the United States during the height of the Cold War and saw first hand the importance of Transatlantic unity during a time of global uncertainty. Above all, this generation of thinkers and policymakers understand just how important it is that the United States and Europe work together, and how the world can delve into chaos when Transatlantic links are weak.  Unfortunately, as major geopolitical events like World War II and the Cold War take up pages deeper and deeper in the history books, the number of people with personal connections to these events decreases. When citizens haven’t seen first hand what the world can look like when Transatlantic relations are weak, it’s harder to understand just how important it is to keep them strong. Going forward, the Transatlantic partners will have to work even harder to keep the relationship alive and thriving.

Today, the next generation of foreign policy thinkers in the United States (for this piece, “next generation” refers to Generation Z, born between 1996-2010, and Millenials, born between 1981-1996) are increasingly focusing on other geopolitical hotspots like the Indo-Pacific region and the Middle East. , between 2017-2018, almost 350,000 U.S. students studied abroad. While Europe remains the most popular destination (55% of U.S. students studied there, with the UK, Italy, Spain, France, and Germany being the most popular countries), other countries such as Japan, China, New Zealand, and Israel have seen recent gains in popularity. Further, today’s Gen Z students aren’t necessarily studying abroad in Europe due to a desire to begin a career in the Transatlantic space or even in foreign policy.According to the US State Department, “students majoring in the STEM Fields - comprised of agriculture, engineering, health professions, math, computer science, and physical or life sciences majors - represent the largest proportion of students studying abroad at 25 percent.”  Only 17 percent of US students studying abroad are in the social sciences field. This generation is also the first to grow up in a completely digitized and globally connected world. Thus, many draw inspiration from videos they watch on YouTube and stories they see from influencers on Instagram. In fact, many who go abroad “eager to expand their network of international friends and experiences in real life to match the global connections they have online.”

According to Eurobarometer, younger Europeans “worry about racial and other forms of discrimination, as well as about climate change. They are more pro-European than previous generations and more willing to hand over new governing powers to Brussels.” 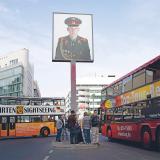 The next generation clearly isn’t driven by militarism, in fact, many are openly opposed to it. A recent poll by the Chicago Council on Global Affairs showed that U.S. millennials are more skeptical about defense spending and military interventions than their older counterparts. And on both sides of the Atlantic, the rise in popularity of the progressive left in the United States, and the European Green Party in the EU, demonstrate that priorities are shifting away from security and defense. That means that if these issues continue to be the driving force between the United States and Europe, we risk losing the next generation of foreign policy thinkers. In the future, issues like climate change, human rights, mass inequality, and other issues which better reflect the new demographic priorities on both sides of the Atlantic must be what underpin the relationship. Security and defense are still important, but should be viewed through a broader lense of transatlantic cooperation.

For this shift to occur, the individuals working on the Transatlantic relationship at every level must be more representative of today’s societal demographics. For example, If you’ve ever attended a major US or European foreign policy conference, or sat at a roundtable in Washington, Berlin, Brussels, or London, you’ve no doubt noticed that the majority of people sitting around the table are still white, male, and in many cases, from the Boomer Generation. In Europe, only 4 percent of the current European Parliament is composed of ethnic minorities, even though ethnic minorities represent around 10 percent of the EU’s population. In the United States, only 22 percent of the 116th Congress are people of color. This is a new high, even though 39 percent of the US population identifies as nonwhite. Further, “women accounted for only one-third of the U.S. government’s foreign-policy staff as of 2018, significantly less than their share of the country’s total workforce(47 percent).” Numbers are slightly better in the EU, but women still only represent around 40 percent of the current parliament.

As Tim Rivera wrote for the Atlantic Council, “The bottom line is that to ensure the future health and strength of the relationship for the next seventy years, the discourse and voices in the transatlantic space need to properly reflect the actual politics and demographics of Europe and the United States of today.” Last November, a group of progressive transatatlanticist millennials wrote and signed an open letter talking about the need to break the “Transatlantic so White” cycle. They said, “If the U.S.-Europe relationship is to deliver inclusive growth for all, then all segments of society must be represented in the halls of Washington and Brussels, and included in discourse about the future of the transatlantic relationship.” This means, “building out pipelines for diverse and representative leadership and practicing inclusion in our own governance institutions.”  It also means “moving events and conferences like the European Parliament’s People of African Descent Week — which was supported by several members of the Congressional Black Caucus to the main stage, not the margins, of transatlantic discourse.”

That the transatlantic partnership will remain strong seems like a given, but that isn’t necessarily the case. It has taken decades of close cooperation and trust to build the relationship into what it is today. Unfortunately, over the past few years, we’ve seen just how fragile it really is, and how easy it is to destroy decades of effort and progress. Transatlantic links are strong enough to survive four years of stress, but if this continues indefinitely, at some point the relationship will be too weak to salvage. This cannot happen. It’s time for the next generation to take things forward.