Maxim Anmeghichean: "The principles have put engagement with the UN on a totally different footing"

Ten years after the creation of the Yogyakarta Principles, “Principles on the Application of International Human Rights Law in Relation to Sexual Orientation and Gender Identity”, Caroline Ausserer speaks with Maxim Anmeghichean, one of the experts that elaborated them.

Maxim Anmeghichean: I was very young at the time, just in my mid-twenties, and I did not know about these principles. It was only after the process was over that I really understood what it was all about. But at the time they wanted a young activist in the room, somebody from Eastern Europe. So I ticked some of the boxes in terms of representation. I knew it was going to be a meeting of distinguished experts and activists basically aimed at coming up with a human rights agenda for the LGBTI rights movement in the global South. Various agendas already existed in different parts of Europe, in the United States, at the nation-state level, but a global agenda that articulates the demands of the LGBTI rights movement in the human rights language, that was really the main goal of meeting. And there was the hope that once these principles were established and articulated, it would be easier to work with various intergovernmental organizations like the UN. 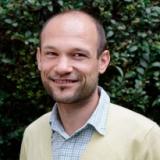 Maxim Anmeghichean is a program officer with the Open Society Human Rights Initiative, where he manages grantmaking and advocacy programs for LGBTI groups in the developing world.

Previously, Anmeghichean worked in Brussels as the programs director for ILGA-Europe, where he developed and implemented the organization’s advocacy and fundraising strategies to advance LGBTI rights in Eastern Europe and before the Organization for Security and Cooperation in Europe, Council of Europe, and the European Union. He is also the founding executive director of GenderDoc-M, Moldova’s first LGBTI organization.

He is a graduate of the Moldovan State University and also holds a MS in cultures and development studies from the Catholic University of Leuven.

You were invited as an activist from Moldova. How would you characterize your role during the meeting? What were the difficulties and challenges of elaborating the Yogyakarta Principles?

I’d just joined ILGA-Europe, but I think they invited me because of my experience as a Moldovan activist and because of the role I played at ILGA-Europe as Program Director. Some in the room had been experts for many years. One person, Elizabeth Evatt, was Eleanor Roosevelt’s assistant during the period when the Universal Declaration of Human Rights was being adopted. So for me it took some time to find my voice in a room full of people with decades of experience advocating for LGBTI equality. I think half way through I did find my voice and started to actively contribute to the language of the principles. I didn’t see my role as representing a region or a particular generation in the movement. I saw my role as contributing to the goals of the meeting, which were to articulate an LGBTI rights agenda in human rights language.

What did the finalized principles mean at this stage of LGBTI activism? Were they regarded as a cornerstone and historic achievement of the movement or were there criticisms and controversies?

Now looking back, I’d say it was a cornerstone, it was a historic achievement. Some of the LGBTI rights stuff, such as the sexual orientation stuff, was easier to articulate, but some of the articulations regarding gender identity and expression were especially thorny. At that time the trans movement itself was very small, and there were some internal fights about what would be the right language to describe the work needed to advance transgender equality. That was also quite a cornerstone in itself. Some people wanted those parts to be more forward-looking, more cutting-edge, and thought they were more of an iteration of the Universal Declaration. All of these principles started off with language that was our own. And as we discussed the language, they got closer and closer to the wording of the Universal Declaration, because that wording was better.

Wasn’t it clear from the beginning that this language should be used? If you look at it closely, the most striking point for me is that LGBTI is not even mentioned.

That was another big discussion, which involved the cultural sensitivity around the terms. This is a global exercise that was happening for the first time. It was an articulation for the entire movement. And the amount of time we went back and forth about how to even talk about the issues, how to name them in the document so that they would appeal to the widest possible cultural, social, and legal spectrum – that was big and we spent a lot of time on it. There is also quite a bit of explanation in the introduction and the preamble to the principles; we tried to be really sensitive about those issues.

So that it applies to everybody?

People from the LGBTI community are very identity-specific, and those identities are first of all more specific in the context of Western culture. And there are a lot more practices, behaviors, and lifestyles that go beyond the very specific identities that also have by now fairly rigid definitions.

Looking back at the ten years that have passed since the Yogyakarta Principles were drafted, what kind of impact have they had globally and specifically in your region?

I think they've had a lot more impact than I thought they would when they were being developed. The principles have perhaps had a bit less of an immediate impact in Europe than they’ve had in other places because it was a more “advanced” region. I also don't think that they’ve had any significant impact, say, in the United States domestically, because again the articulation had already happened. I do think however that it was an incredible useful exercise for activists from the global South and places like Eastern Europe, the South Caucasus, Central Asia, and other regions of the former USSR, where the movements were younger.

For big parts of the global South these principles were really important so we’ve seen them engage with international and regional human rights bodies. The principles have put engagement with the UN on a totally different footing; they’ve also helped a lot of people to understand what we want as a movement. They’ve played an important role at the Organization of American States, at regional human rights organs like the European Court of Human Rights. There are references to the principles in the European Union’s official documents, in the Council of Europe’s official documents, in the UN, but also by the US government on the foreign policy front and by international development agencies.

We may think it happened naturally that everybody recognized us as a human rights movement, but it didn’t. Throughout this process the Yogyakarta Principles played an important role; they provided an argument, an instrument, a tool to all those who wanted to support LGBTI rights and were in the position of power or wealth to do so.

Are you aware if the principles have been used as a political instrument by LGBTI activists in your region? If so, what form has this taken?

In Eastern Europe they are kind of a bible. Are they are used every day? No. Do they lead you to pray? No. Do you occasionally read them to get inspired? Yes. Do you read the chapter ten times over and find a different meaning in it? Yes. That is the best testament to their resilience; they just invisibly inform our work, inform our strategic priorities, and enable us to articulate better to our constituency, to stakeholders, to policy makers what we actually do. In my region in Eastern Europe people have translated them into the local language and sent them to government agencies and ministries. This has been the basis of engagement for the government’s delegations at the UN and at the Council of Europe, and has helped shift their position.

Critics of the Yogyakarta Principles have raised the point that while the principles interpret binding international legal standards, the document itself is not legally binding and there are still very few states that comply with it. How do you react to this criticism?

It was important for the movement to get together and to say what the movement wanted to say without outside interference. Having a say on how of all of these human rights apply to us is a different process than creating a legally binding document. There have been some cases where the principles have been ratified or endorsed by parliaments and governments. Several international institutions, including the European Union itself, have also endorsed the principles. A binding document for states to comply with would have been different in content.

Yes – especially in terms of whether the articulation of intersex or gender identity and expression could be improved based on what we know now or how the movement has become more sophisticated. Now we have Argentina, the United Kingdom, Spain, Bolivia, and hopefully soon Chile – there are so many places that we can look at and learn from. And how we talk about gender identity and expression can also be much less oriented on medical issues and much more on human rights. But I like the idea of keeping everything together in one document. I’d love to be part of a one-day discussion on whether the intersex and gender identities should have separate documents or whether they should remain in the Yogyakarta Principles. Probably the latter makes more sense.

Thank you for the interview.

This interivew is part of our Focus on human rights for LGBTI people: Ten years of the Yogyakarta Principles.

Stephen Whittle: “The Yogyakarta Principles provide guidance and are a constant reference point”

Ten years after the creation of the Yogyakarta Principles, “Principles on the Application of International Human Rights Law in Relation to Sexual Orientation and Gender Identity”, Caroline Ausserer speaks with Professor Stephen Whittle, one of the experts that elaborated them.
By Caroline Ausserer

Mauro Cabral: "We need an intersex version of the principles"

In 2006 human rights experts elaborated the Yogyakarta Principles. Their question: What is known about human rights law in relation to gender identity? An Interview about the impact of the principles so far.
By Caroline Ausserer