In times when discriminatory and derogatory language is still a daily routine in many countries, exhibitions showcasing same-sex desire or other non-normative life paths are crucial to re-write our own history. A museum without formal museum space offers its own contribution.

Although Colombia is considered one of the most advanced countries in regard to LGBTQ+ rights legislation in the region, only until 1981, ‘consensual homosexual activity’ was decriminalized and in 2016, same-sex couples had the right to marry. In parallel, as another reality, Colombia has been suffering the consequences of an internal armed conflict that has defined the Colombian nation for three generations at least. In 2015, the National Centre for Historical Memory in Colombia, a government organization with the task of creating a National Museum of Memory and a Human Rights Archive, reported that 1.795 human beings that recognized themselves as LGBTQ+ were victims of the internal armed conflict.

In this critical context, Museo Q was born in 2014. An abnormal, queer museum, without walls and collections, but with the mission of placing the memories and identities of LGBTQ+ people in the Colombian cultural public realm.

However, people usually ask: Why a museum? What type of activism is the museum doing? Do ephemeral actions, such as an exhibit or a public talk, have a genuine impact on people? How is it possible for a museum to exist without a space?

Museo Q’s exhibition history starts in October 2016 with an exhibit named Lo Que Se Ve No Se Pregunta, loosely translated as, What Is Seen Shouldn’t Be Asked, a famous phrase by Mexican singer and Latin-American star Juan Gabriel. This exhibition, which started to be planned a year earlier, opened its doors just two months after ferocious protests against an anti-bullying program prepared by the Ministry of Education.

This exhibition, with various participatory elements, became a mechanism to express feelings, thoughts, and expectations. Alongside engravings, photographs, clothes, drawings, videos, and ephemera, women and men shared and talked about moments of discrimination, fear, violence, resistance, and joy.

One of the elements that caught major attention was a city map where visitors pointed out places where they met lovers or practiced cruising, they also asked about the sexuality of those displaced by war and drew airplanes and signs from other Colombian cities to express that those memories matter. Besides public parks and private homes, places such as prisons, offices, and universities made the list, expanding a queer territory to unfamiliar frontiers not previously acknowledged.

Back in 2017, Museo Q opened its second exhibition entitled Lluvia de Sobres, an expression that plays with the idea of handing in envelopes with money in weddings, which is a widespread action in Colombia that replaced giving presents.

Museo Q decided to illustrate the changes of the marriage institution by using two interpretive elements: a timeline and a cartography. Museo Q developed a sort of ethnographical study of marriage visiting different commercial businesses in the Kennedy borough dedicated to the marriage production, such as flower boutiques, dress rentals, hair salons, fabrics shops, and special places for events. 17 interviews were made to women and men who work in these companies inquiring for their personal views about marriage, family, and same-sex couples, gathering more than 40 testimonies that were exhibited around a map at the exhibition room.

Life testimonies and experiences of those who live and work in Kennedy[1] revealed up-to-date ideals and stereotypes on marriage and same-sex couples, perspectives that resonated with the art pieces and the legal timeline.

Even though exhibitions are at the heart of museums, other activities are just as important for Museo Q. For example, in 2018, the museum was invited to create a project for a literary picnic at the Botanic Garden in Bogota, as part of Pride celebrations. Museo Q developed a booklet where visitors could read about sexual reproduction of plants and flowers trying to convey a message about natural diversity, in this way, redefining and ascribing meaning to a very traditional space in the city.

Similarly, Museo Q has participated at the Pride March every summer in Bogota since 2015. It is the only museum to do so. 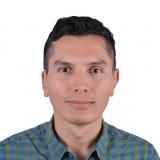 Michael Andrés Forero Parra studied architecture with a Minor of Fine Arts at Los Andes University (Colombia) and completed a Master of Arts, with Merit, in Art Museum and Gallery Studies at the University of Leicester (United Kingdom). Michael coordinated the architectural development of the forthcoming National Museum of Memory in Colombia, a project of symbolic reparation to the victims of the internal armed conflict. In addition, he co-founded Museo Q, a non-profit museological initiative which brings queer cultures to museums and galleries. Michael has published in Colombia, Mexico, the Netherlands and the UK, and has received scholarships and travel grants from the Getty Foundation, the Heinrich Böll Foundation, Tate Modern and the Smithsonian Institute. He has been an invited speaker in Bogota, Helsinki, San Juan, and Berlin. Michael will attend the Curatorial Research Collective doctoral program at TU/e (Netherlands).

Last April, the National Museum inaugurated this new gallery showcasing the first t-shirt used by Museo Q in 2015 at Pride next to other outstanding objects displaying histories and memories of queer identities for a very first time. Definitely, having our voices heard proved to be necessary and successful.

In times when discriminatory and derogatory language is still a daily routine in many countries, exhibitions showcasing same-sex desire or other non-normative life paths are crucial to re-write our own history.

Although Museo Q does not have a permanent building, the inexistence of an architectural space has allowed the entrance of the project in other territories, in multiple layouts and before different audiences. Museo Q flows, walks and inhabits the city, changing its site and its form periodically. Museo Q can be an exhibit, a group of friends at Pride, a curatorial workshop, or a presentation at a conference. Even the website serves as a site of constant communication with those who want to “visit” the museum. The ephemeral nature of Museo Q defines its identity. Museo Q can be an example of a transitory assemblage, a shifting and evolving architecture, a path we all share.

[1] A low-class, very stigmatized neighbourhood in the south of Bogota, named Kennedy, after the visit of the US president John F. Kennedy in 1961.

Who is missing from the historical record? How can private collections of documents contribute to the formation and growth of queer archives and what can these items tell us about the societies they originate from? This is a professional and personal journey through private documents and how they portray societal relations towards trans children in Thailand.
By Chanathip Suwannanon

The Closet is a space that is both safe, a site of trauma as well as a construct which ‘needs’ to be broken out of. Placing the Closet in a gallery is an attempt to create a pocket of space that allows outsiders entry into its cruel existence.
By Sumitra Sunder

Special
ALMS is a series of international conferences focused on public, private, academic, and grassroots archives collecting and preserving materials of all types from LGBTIQ+ communities. For this special, chronographers of past and present times tell their stories and share their experiences.