Masters in lobbying, petrochemicals firms and plastic producers focus attention on waste management and recycling so they can evade their responsibility for the true problem: the growth in the volume of plastics being made.

Plastics are the downstream end of the vast petrochemicals industry, which is dominated by a handful of giant corporations. More than half of all plastics go into consumer products, mainly in the form of single-use packaging. While analyses of plastic waste in the ocean or elsewhere tend to focus on countries as the source, only a few dozen food and consumer-goods corporations are the sources of almost all the “litter”. Even fewer multinationals dominate the production of plastic resins, making the polymers that go into plastics.

As early as the 1950s, chemicals corporations like Dow, and petroleum producers like Esso (now ExxonMobil) held discussions, internally and publicly, sometimes with government representatives present, about the growing plastic pollution crisis. Yet those same corporations strongly resist efforts to limit plastic output and the damage it causes. They often push a dual strategy of lobbying and high-profile advertising of “litter” being a problem of consumer behavior that can be solved by recycling alone, as with the popular “Keep America Beautiful” campaign.

Under-funded NGO advocates are dramatically outspent by industry interests. Corporations use their vast resources to ensure preferential regulations to maintain their profits and minimize any liabilities. The top plastics producers, based in just a few countries (USA, UK, Saudi Arabia, Switzerland, Germany, Italy, South Korea) with a production footprint in almost every country of the world, hire teams of lobbyists to influence policymakers. The industry also jointly funds hundreds of global, regional and national trade associations. The American Chemistry Council alone, which represents over 150 chemicals and plastics producers, has spent nearly $100 million on lobbying since 2009.

Fracking is a key driver of plastic production. In 2005, a US commission made up of regulators and oil industry lobbyists (with little public input) wrote legislation to exempt fracking from the Safe Drinking Water Act. In Louisiana, Texas and other states, fracking plants are exempt from billions of dollars in taxes. In 2017, the British petrochemicals firm Ineos, and its allies got the UK government to exempt it from fees intended to fund the shift away from fossil fuels. Rather than investing in clean energy, Ineos and its partners avoid more than £100 million in taxes. Lobbyist-authored rules and exemptions drive the production of plastics by enabling profit where it would not otherwise exist.

In the USA, an industry-funded playbook propagated by the conservative American Legislative Exchange Council, is eliminating the power of local authorities to restrict plastics, for instance, by preventing them from banning plastic bags. Such moves undermine waste prevention and perpetuate the myth of better waste management as the solution.

Corporate lobbyists rotate between government and industry jobs, facilitating privileged communications between the two. In the process to publish the European Commission’s Plastic Strategy in 2017, corporate representatives (including from PlasticsEurope, an industry association) had nearly three times as much access to members of the Commission as did NGOs.

Even the lines between NGOs and industry representatives are blurred. A two-pronged strategy has emerged: corporations make big donations to existing mission-driven NGOs, while simultaneously creating and funding organizations that are organized as NGOs but which exist primarily to drive industry interests. Leading up to the 2018 European Union plastics strategy, industry-funded NGOs served as a front to ensure industry interests were served. 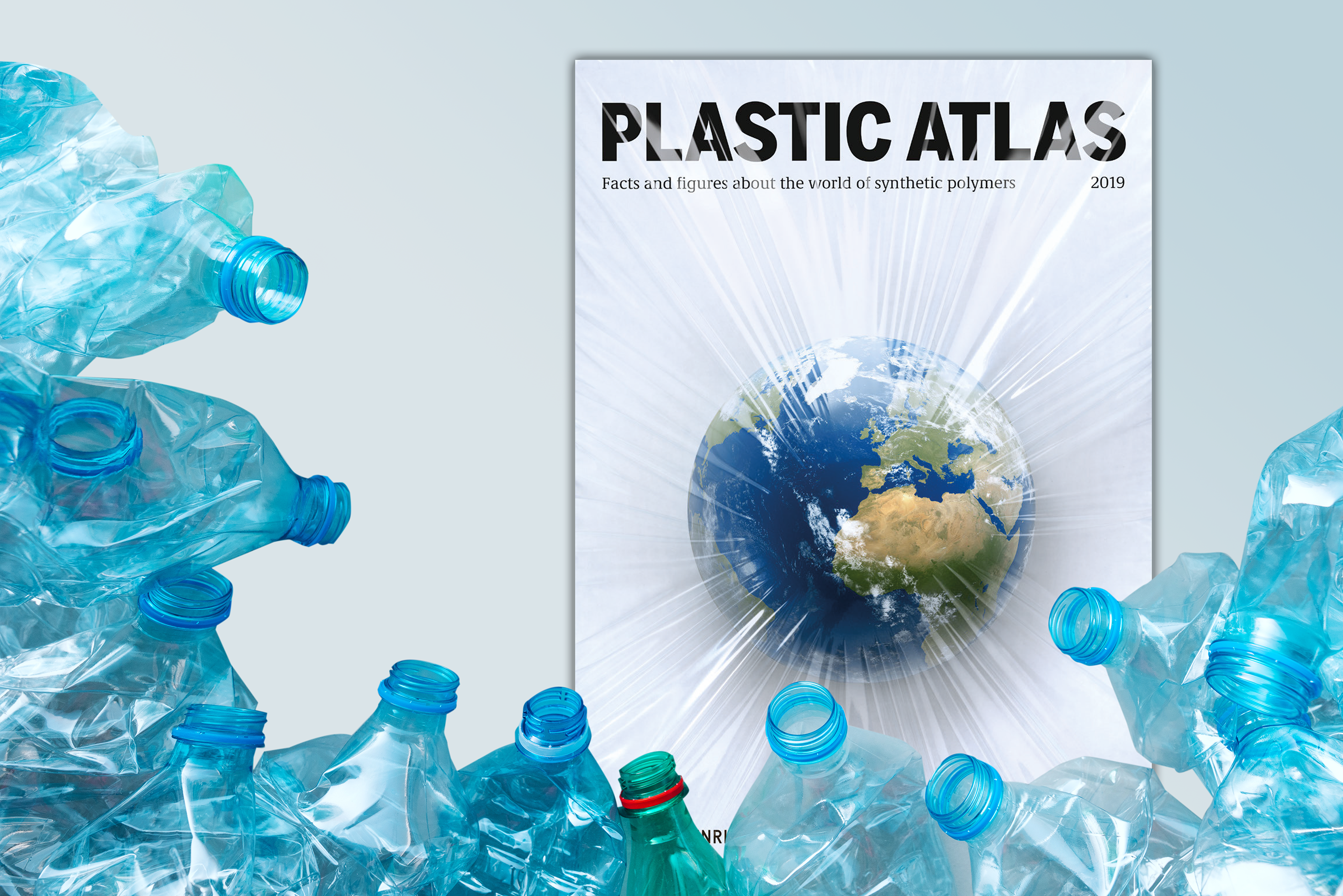 A world without plastic pollution is a vision worth fighting for. The Plastic Atlas provides facts and figures about a world full of plastics.

This power imbalance results in regulations that favor the petrochemicals and plastics industries, and that devalue the rights of people and the environment. Industry lobbying leads to policies focused on recycling and consumer behavior (i.e., “avoiding litter”), and that ignore the need to reduce the production of plastics.

This is a chapter from the Plastic Atlas 2019.