In 2010, reports of huge mineral deposits in Afghanistan drew global attention. First President Hamid Karzai spoke of the "good news" that "our mineral reserves are worth $1 trillion," then the New York Times confirmed that the estimate originated from studies conducted by the U.S. Geological Survey. Experts point out, however, that the studies used obsolete Soviet maps and that Afghanistan’s mineral deposits have also long been known. But hope that natural resources could pave a way for the country out of a 30 year war and the ensuing economic crisis had been aroused.

Three years later, an expert panel discussion organized by the Heinrich Böll Stiftung is now drawing a critical assessment. What role could natural resources play when Afghanistan takes on stronger self-responsibility and has to deal with reduced international engagement in 2014? Is excavation in a country with large security problems even feasible? Are political conditions in place that would prevent the resources from falling prey to conflicts? How can democratic participation of the civil population be ensured?

In 2012, Renard Sexton, an expert on international relations, conflicts and raw materials, spent seven months researching in Afghanistan. When it comes to resources, one should not just consider iron, copper or fossil fuels, but also land, water and wood - the elements that form the economic basis on which the population depends. Conflict potential has traditionally been associated with arable and pasture lands, but in fast growing cities, land has also become quite popular recently. Comparatively, Afghanistan is a water-abundant country, but only about half of the population has access to clean drinking water. By and large, the country wastes the economic potential that an abundance of water has to offer – an issue that Khwaga Kakar, an advisor to the Afghan Minister on Foreign Affairs on development issues, explained in more detail during a second statement.

Renard Sexton went on to say, in regard to minerals, that semi-precious stones such as lapis lazuli or ores such as chromite can be obtained through artisanal methods, whereas extraction of the copper deposits in Aynak and the iron ore in Hajigak depends on large foreign investors from China, India or Canada. However, it has been clear for a while now that the expectations at Aynak were much too optimistic and the Chinese investors would like to renegotiate their initial commitment to building a railway line and power plant. Even the Afghan population’s hope for employment opportunities have receded into the distance.

The quest for profit maximization and political power through the control of natural resources, and also the competition for scarce resources are three of the main drivers of conflict. Struggles between nomads and settlers over the limited pasture lands or the use of local water resources are among the main factors of conflict in rural Afghanistan. While localbusinessmen, warlords and government workers compete to smuggle highly profitable cedar from Kunar province to Pakistan, a considerable amount of the revenues generated from the extraction of raw materials, which flow from international companies to the government, are being privately siphoned off.

Furthermore, disagreements over the use of waters that flow from the mountains of Afghanistan to neighboring countries contribute to regional conflicts. This prevents, for example, the Indian dam project on the Hari River in the province of Herat from proceeding, since Afghanistan and Iran cannot come to an agreement on a sustainable water use system, which would be advantageous for both countries. Such conflicts lead to inadequate security for investments. This in turn means that the NATO countries’ expectations of Afghanistan achieving economic independence through its natural resources will not be fulfilled.

Renard Sexton closed with concrete recommendations for stakeholders in dealing with resources:

Above all, it is important to plan investments in projects that will provide great public benefit: Nobody can take an irrigation canal or a clean river out of the country, and even smuggling food is not very lucrative. It therefore makes sense to invest in the water supply, hydroelectric power, infrastructure, and in agricultural productivity. In addition, wages in the mining sector should be set so that lawful behavior is rewarded.

The Afghan water expert, Khwaga Kakar, examined the role of water in poverty reduction and development and found that there is an insufficient supply of drinking water in Afghanistan. According to official statistics, there have been significant advancements made in the water supply over the last few years, but the quality of the drinking water is not examined enough. Water contamination presumably contributes to the continuing high infant mortality rate.

For decades, irrigation was organized at the local level through traditional and consensusbased systems that still functioned during war times, but that were not sufficiently used or maintained by the international community. In three out of four river basins, her team has found poor water management in place. Insufficient rainwater reservoirs mean that little agricultural land is irrigated during the summer months when there is little precipitation, which leads to reduced agricultural yields and the needs of the Afghan population not being met. Again and again, the country suffers from alternating periods of floods and droughts. During the drought of 2008, grain production from irrigated lands fell by about half, and that from nonirrigated lands fell to about one fifth. In those areas, families lost about 70 percent of their livestock. Such conditions threatened the existence of the poorest people in rural areas and forced them to migrate to cities. Afghanistan therefore urgently needs more investment in irrigation and an agreement with neighboring countries on the management of trans-boundary river systems.

Javed Noorani, the third speaker at the expert panel discussions organized by the Heinrich Böll Stiftung, and the employee at Integrity Watch Afghanistan (www.iwawed.org), an NGO, responsible for the investigation of the mining industry, completed the picture with two additional important aspects.

"Artisanal" mining has long been considered a profitable part of the shadow economy.Currently, 1400 companies or individuals from influential families are in the business of extracting valuable minerals without a license and smuggling them out of the country. Environmental standards are ignored, just as are the security requirements in the mines and the prohibition of child labor. Along these lines, Noorani points out that the new draft of a mining law, which is dominated by the commercial interests of a few politicians and their business partners, and which through the course of constant revision, now represents a deterioration of the legal situation that has been in place since 2010. The draft, for example, contains nothing about civil society participation in decisions dealing with extraction, or a demand for financial transparency from the investors. The mandatory social and environmental impact studies, for example, no longer investigate the impact of high water consumption in copper mining in Aynak on the nearby communities, including Kabul. Javed Noorani is therefore of the opinion that it is better to "leave the minerals in the ground than to develop them." Integrity Watch has made his concerns clear in talks with the government and parliamentarians. However, a number of parliamentarians will still try to impose their own economic interests in the mining sector.

In the final discussion of the expert panel, the question, among others, of what impacts climate change will have on Afghanistan’s resources was raised. Renard Sexton predicts that rising global temperatures will lead to less snow cover in Hindu Kush, which means less water will be available in the summer months. Khwaga Kakar added that the government is planning about 30 dams, for which funds amounting to $10 billion have not yet been secured. She also pointed out the need to plan and realize projects on a smaller scale, provided that the security situation allows it.

These unrealized investments mean that Afghanistan’s potential to be a food producer and energy supplier to its neighbors will not be achieved. Some construction projects, such as the irrigation project on the Kunar River in cooperation with Pakistan, could, according to Kakar, contribute to regional security and therefore include a direct political benefit. 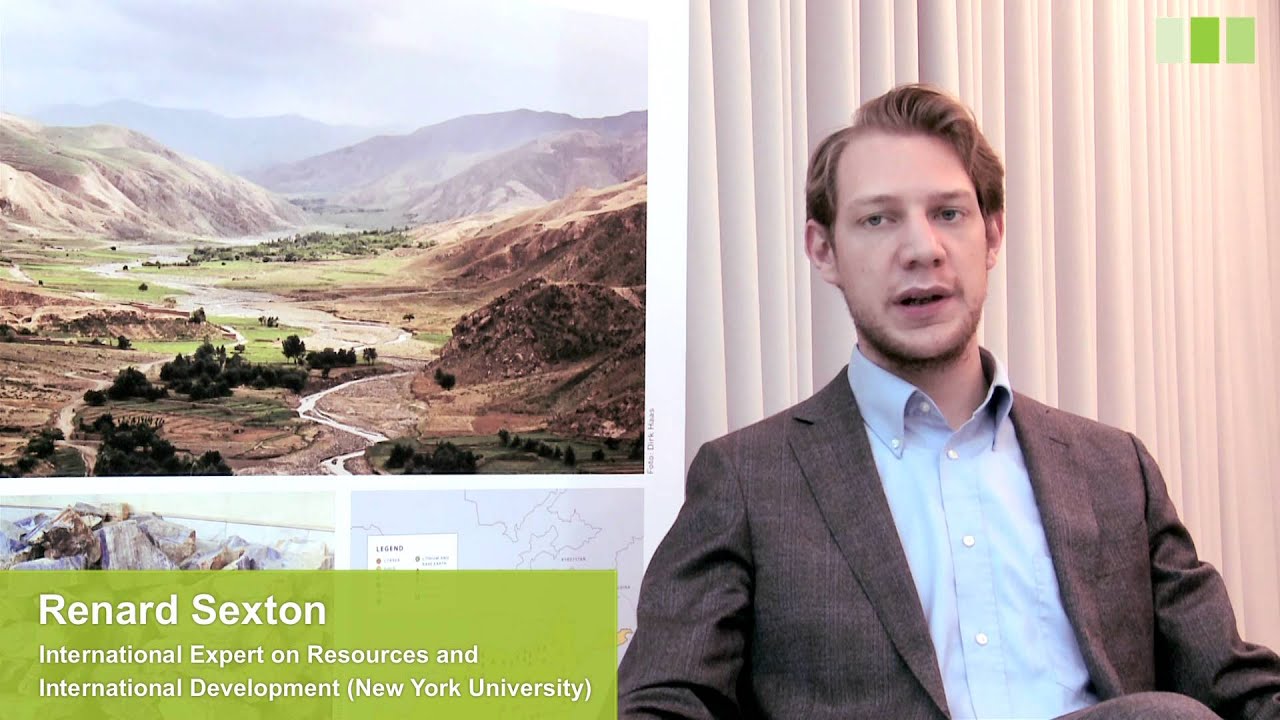 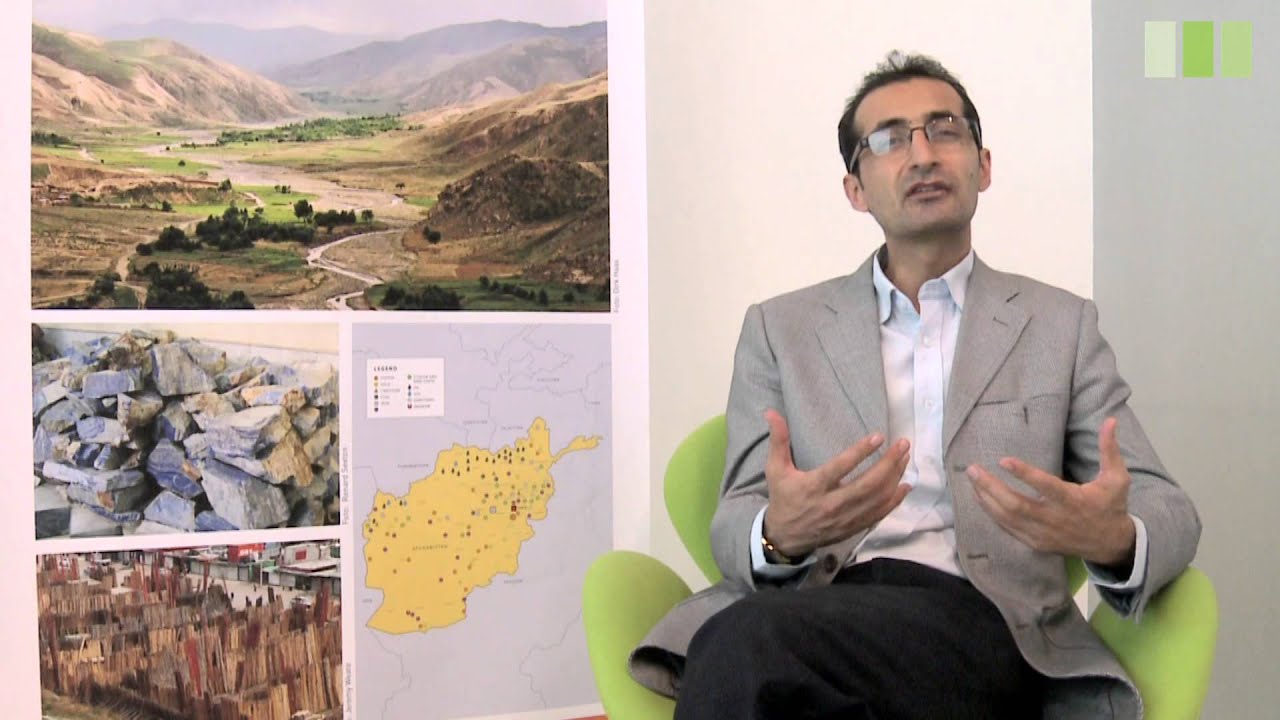 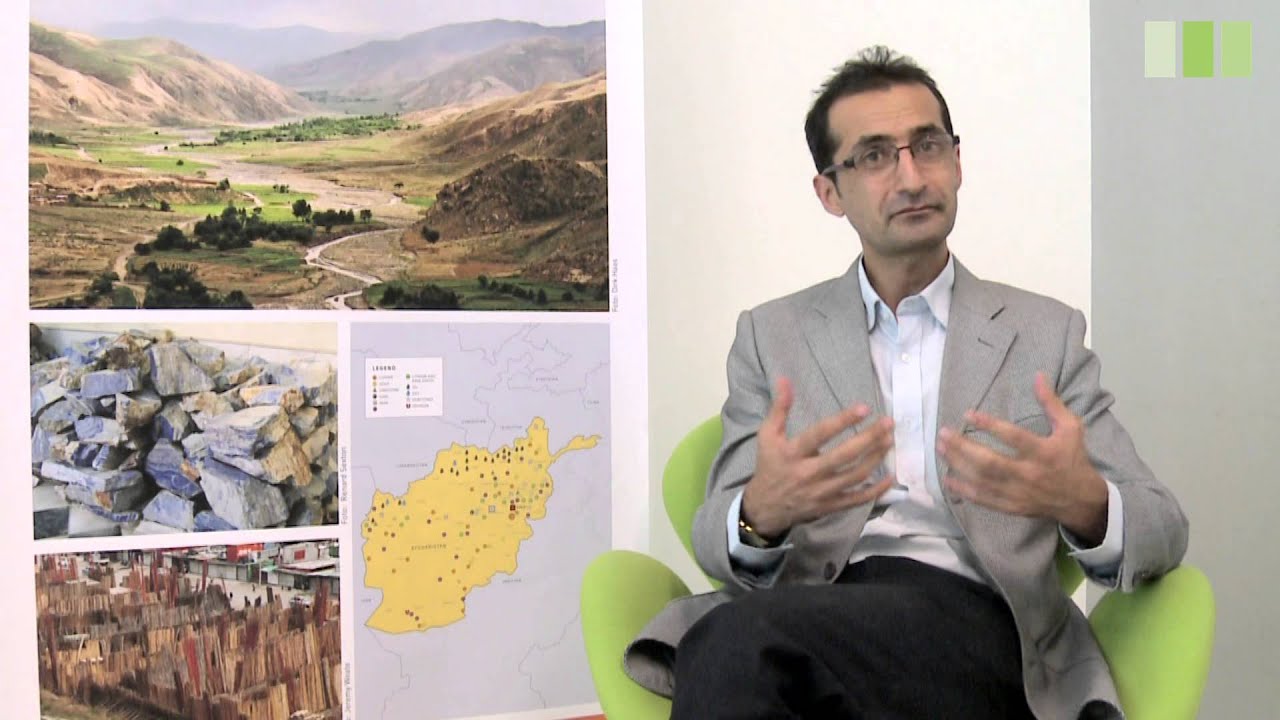 Khwaga Kakar, Advisor to the Ministry of Foreign Affairs of Afghanistan and Researcher on Water Issues, Kabul 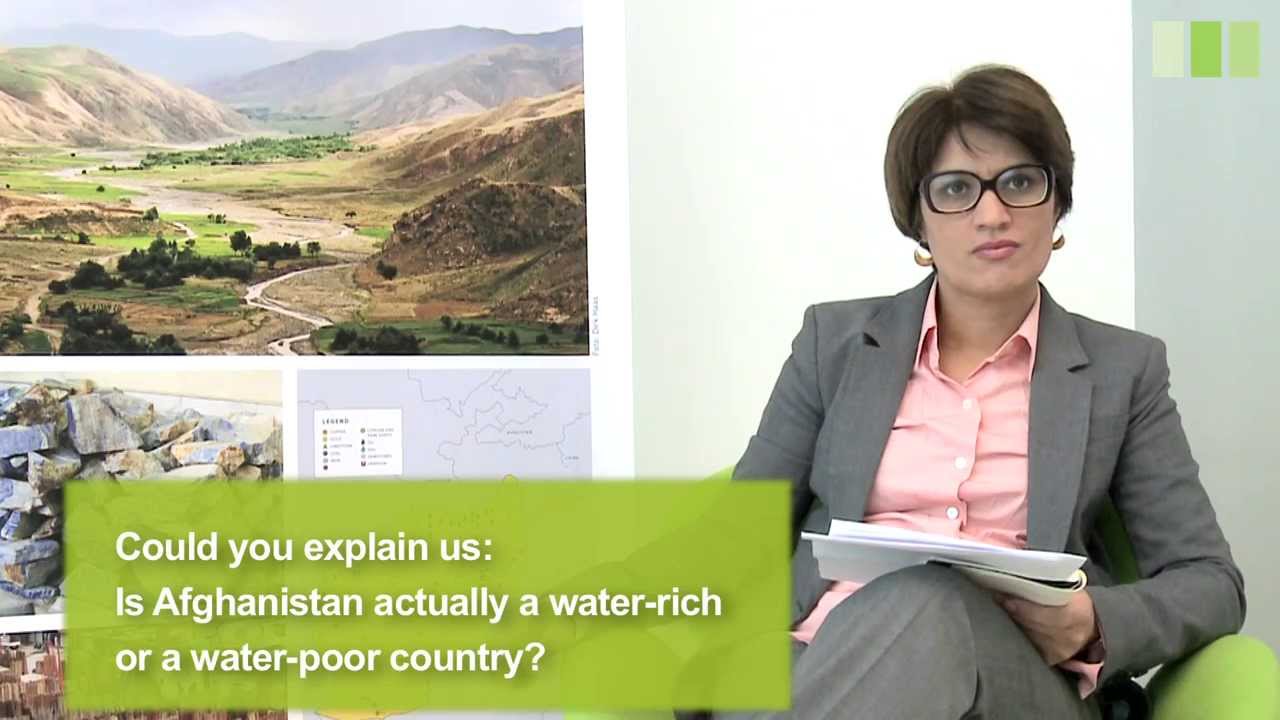 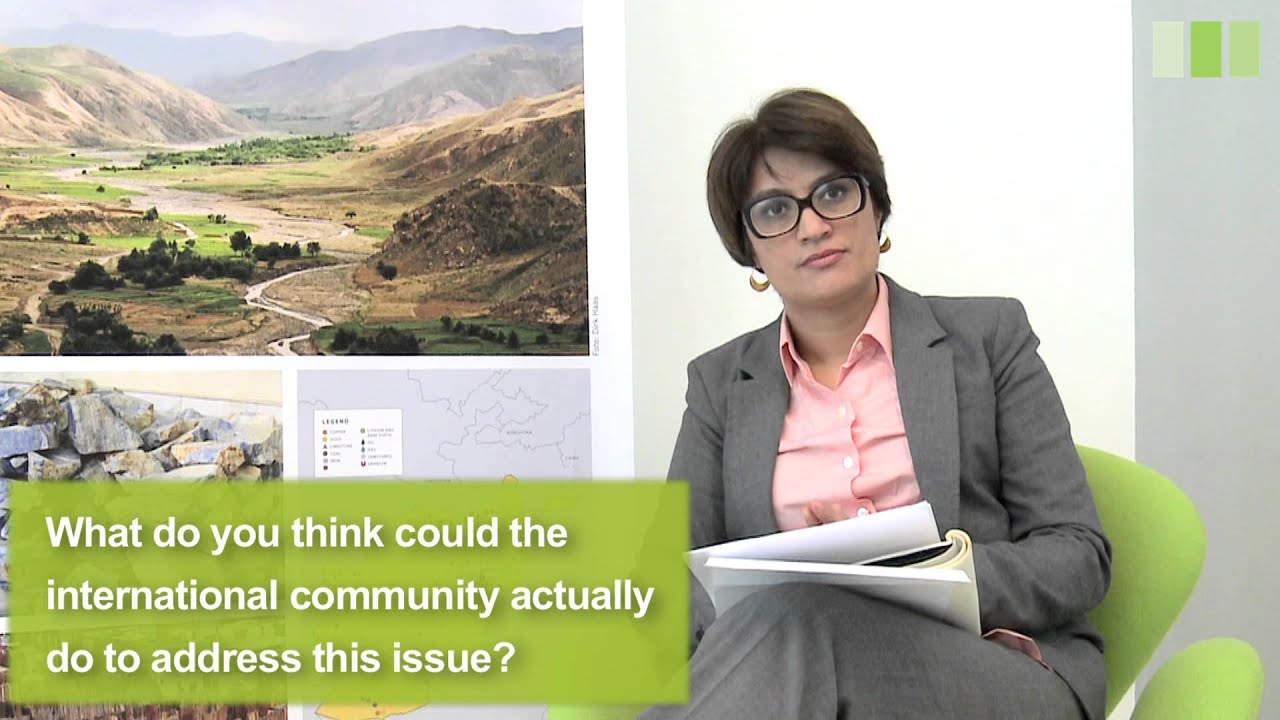